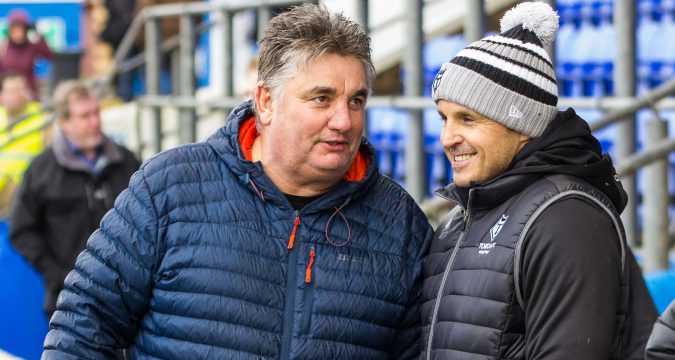 The Raiders came from 18-0 down to ensure their home record remained intact as they defeated the Eagles 36-22.

It was Barrow’s second win of the league season and took them up to seventh in the Championship, five points clear of the relegation zone.

Crarey was delighted with his side’s resilience with their backs up against the wall.

“I thought we started a little bit sloppy but they had 18 sets to our seven,” he said.

“At 18-4 down they were good for the lead, but I felt if we went route one and got a hold of their middle we’d have shape and space on the edges. Once we started we were difficult to stop.

“I said to them at half-time the reason we’ve won 22 months straight here is because we play with passion and belief and I wanted them to show that in the second half and see where it takes it. It took us all the way home.”

A full report is in Monday’s League Express.