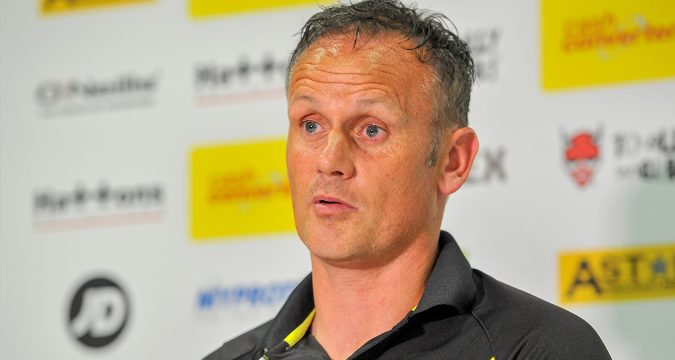 Widnes head coach Francis Cummins says the Vikings will not be daunted by away trips to Toronto and Toulouse in the Qualifiers.

London’s heavy win over Barrow ensured they leapfrogged Toulouse in the Championship table, meaning the Vikings now face a trip to France as well as Canada during their quest to avoid relegation.

Despite the prospect of two tough away trips, Cummins, speaking after the club’s 16th straight Super League defeat, remained optimistic.

“It will depend on when we go and all that kind of thing,” he said.

“We are where we are, it was always going to be dictated where we went so the challenge is we’ve got to go to those places and win. Others have gone there and won so why can’t we?”

Cummins also insisted that he’s positive about the club’s survival hopes despite their current run of form.

“We need to improve a bit more but fortunately for us we’re not playing Castleford every week,” he said.

“But we’ve got to have that performance, particularly in the first-half when we found a way back after being under that duress for 10 minutes.”