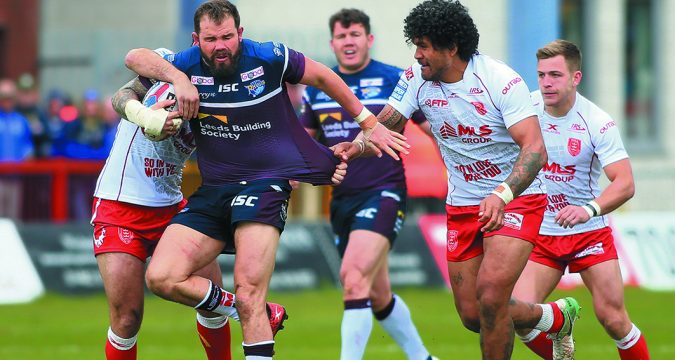 Adam Cuthbertson has signed a new two-year deal with Leeds.

The Aussie forward, 33, is in his fourth year with the Rhinos, but was off-contract at the end of the season.

After much talk surrounding his future, the former Manly and Newcastle forward has put talk by extending his stay with the Rhinos.

“I am very happy to have it all sorted,” he said.

“I have been contracted for the last four years at the club, so it will be good to make this my final home going forward. Hopefully we can have even more success in the years ahead.

“You have to think about a lot of things when it comes to signing a new contract but in terms of where I was going to sign, it was a very easy decision. I love this club and I couldn’t think about being anywhere else. Over the next couple of years there will be a transition in the squad. Some of the older players have dropped off in recent years since I have been here and I suppose I will fulfil that role moving forward.

“The young guys will keep me on my toes and it is a great role that I have working with them. I am looking forward to being a vital part of this team and for them in their career development.

“I have never tried to put too much planning into my career. Throughout my career I have had a few different clubs, but it is nice to have settled at a club where I have had success. I have been able to ingrain myself within the culture of the club and make this a long-term commitment between both parties. I feel part of the club, not just as a player, but part of the fabric of the place.”