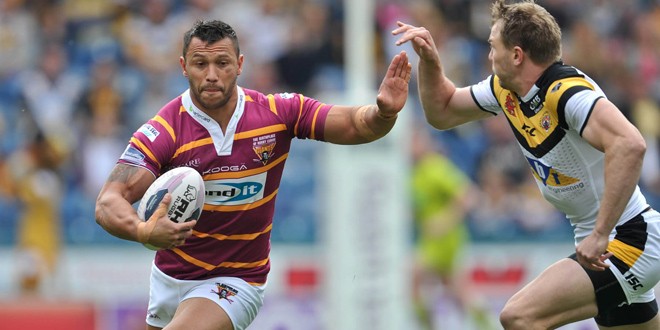 Leigh Centurions head of rugby Derek Beaumont has revealed that the club came close to a deal for former Catalans and Huddersfield star Jason Chan – before he decided to announce his retirement from the sport.

Leigh have recruited heavily for 2016 and Chan was nearly the latest Centurion on board alongside big names such as Willie Tonga and Rangi Chase, but as Beaumont revealed, Chan instead opted for retirement instead of becoming a Leigh player.

“We had come across Jason Chan when looking for centres and he had been suggested as he can play there as well as the back row,” Beaumont wrote in his column for the Leigh Observer.

“Although we sorted out Willie, Rolls [Leigh coach Paul Rowely] really fancied Jason, and what he would add to the group.

“I thought, ‘What the heck, let’s do this, we have a special team evolving and I can afford it so why not?’

“But in the end Jason decided he was going to retire on the day of signing and I wish him well for the future.

“We don’t need to add another player – although it would be nice – so it will be a case if something comes along rather than hunting anything down.”

Read much more from Beaumont in this month’s Rugby League World – where he sits down for an exclusive and revealing chat about his life in the sport and beyond.