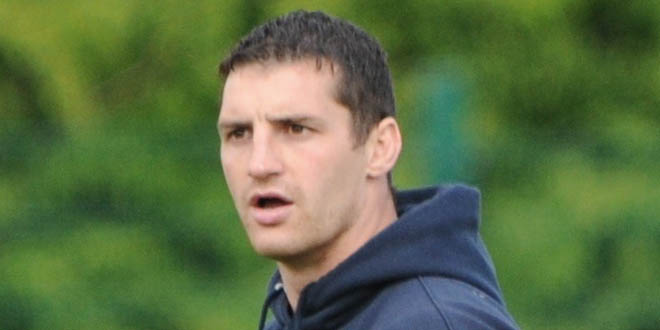 Dewsbury Rams are set to appoint Lee Greenwood as their new head coach.

The Rams have been looking for a replacement since Neil Kelly’s departure at the end of the season, and TotalRL understands the former Gloucestershire All Golds chief has landed the role after beating off strong competition from a number of applicants.

It’s understood the Rams hierarchy had drawn up a shortlist and held further interviews in the last several days, but Greenwood is now believed to have landed the role and will guide the Rams into 2019 and beyond.

A former England international, the 38-year-old started his career with Sheffield before joining hometown club Halifax. Following their relegation in 2003, Greenwood moved to London and made two appearances for England in the 2004 European Nations Cup.

Spells at Huddersfield and Leigh followed before he returned to Halifax and ended his career at Batley.

Since his playing career, Greenwood has established himself as one of the country’s brightest young coaches.

In 2014, he was appointed as the All Golds head coach, and during his four years in charge, the club saw gradual progress year-on-year which ended with the club finishing 12th in League 1.

He departed the club at the end of 2017 after they withdrew from the competition and has spent the last year coaching at Halifax Elite Rugby Academy, a specialist academy set up by Greenwood and his brother, former Siddal NCL winning head coach, Gareth.

The Academy provides coaching for aspiring rugby players while they continue their education, and it has already seen a number of players progress to Super League academies. Two products, Dakota Whylie and Tyler Dupree, recently played for Featherstone in their Championship Shield Final victory over Leigh Centurions.

Dewsbury have finished eighth in the Championship for the last three seasons, but Greenwood will be tasked with trying to move the club forward in the future.