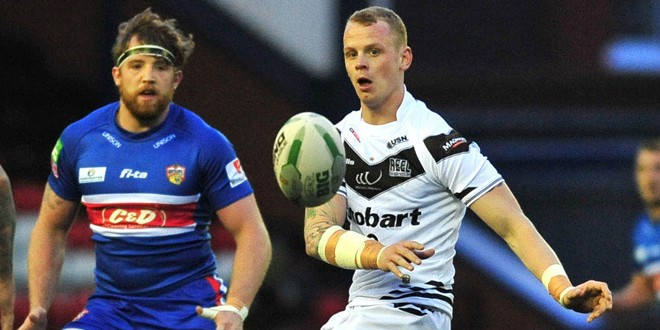 A year ago in my column I laid out my ten wishes for 2013, and I have to confess that I thought I was being pretty optimistic with what I was hoping for.

My first wish was the World Cup was a tremendous success, and nobody can argue that it wasn’t. It turned out to be an absolutely roaring success in terms of excitement and crowd figures.

However, we were denied the England win that I was praying for in my second wish, in the most agonising manner possible.

My third wish was for better quality rugby being played on a weekly basis, and I don’t think we really got that. There are still too many Super League sides who are too far away from the required standards and I don’t think that enough of them improved in 2013.

But I did hope to see clubs being more patient with their coaches in 2013 and, on the whole, I think we got that. The club I was most pleased with on that score was Widnes who were rewarded for keeping faith in Denis Betts and who proved themselves to be far more patient than some of their fans have been over the last couple of years. I hope more clubs will take note in the future.

I asked for more young English players to win places in Super League, and although I don’t have statistics to hand, I think the reliance on overseas players in the game is continuing to decline.

At some clubs the youth development programme is working very well, particularly at the bigger sides. We have a long way to go on this score, but the dark days of the mid-Noughties when some teams were fielding 10 or 12 overseas players a week, thankfully seem to be behind us.

My sixth wish was for referees to show more bottle and actually back themselves to make some decisions of their own. This is the one that let me down the most in terms of how far we are from where we should be, and the World Cup showed the referees up to be so far away from the required standards by their ridiculous over-reliance on the video referee.

I also hoped that my old club Leeds would sweep the board, and I didn’t exactly get my wish there. They lost the World Club Challenge to Melbourne and failed to make either of the big finals after that.

They’re no longer starting seasons as favourites with many pundits, and, with quite a few older players in their side, they could have a couple of lean years ahead of them, although, I’ve been wrong about Leeds before!

I wanted the RFL to announce major sponsorship deals for both Super League and the World Cup, and was left disappointed on both scores, but at least Widnes had the good year that I wanted them to have.

My last wish was for everybody to have a great new year. I’ll assume you all did!

So, out of nine Rugby League-based wishes, I think I got my way with four of them, but I wish that list included an England World Cup win!