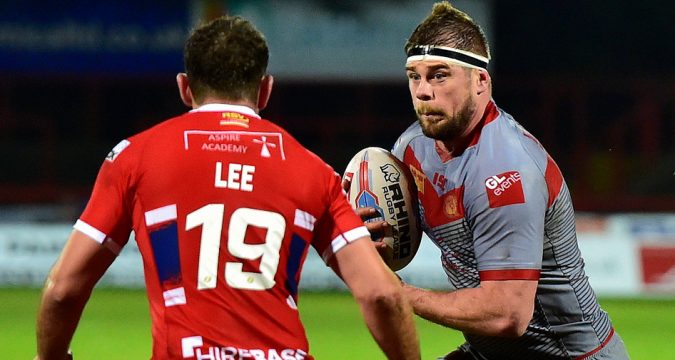 The two seasoned forwards have credited the Catalans head coach for his influence in making the French club more “professional” and “proactive” in his 12-month reign.

Improvement was slow at the Dragons in the initial stages of McNamara’s time in Perpignan, but with the Dragons recently establishing themselves in the top eight, and shocking the world to reach the final at the expense of Saints, the pair have paid testament to the former England head coach.

“Steve has brought a lot with him,” said Casty, who last week signed a new two-year contract with the Dragons.

“Steve is a big part of that. Every game he is always positive with us, which is good for the young French players. He’s good with them, always talking to them and trying to improve each player.”

Moa added: “The start of the year was extremely tough for us with the manner we were losing. it was tough mentally because the club had come such a long way with the staff and type of training we were doing and it felt like it just wasn’t gelling together.

“Steve has always had faith in the squad and was the one person in the club that was positive that things would change for the better and I think we’ve seen that.

“Getting some confidence helped. When you’re losing games it’s hard to see the end goal. But the key also was the fact we had basically no pre-season due to players being out at the World Cup. We came around eventually and it’s amazing what winning can do for your team. There’s a lot of factors in there but there’s been a lot of belief from our coach.”