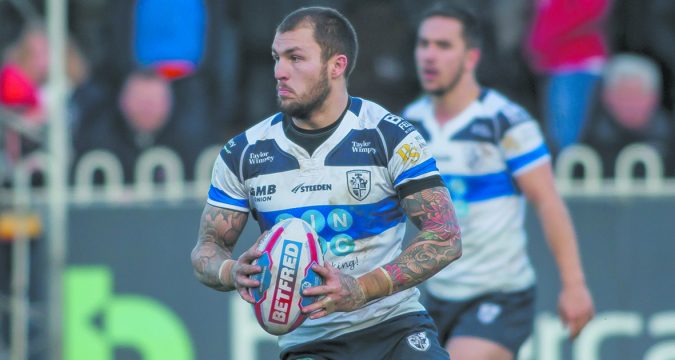 John Duffy has backed Featherstone free-scoring winger Luke Briscoe to reach the top of the sport after equalling a try-scoring record held by the legendary Martin Offiah.

Briscoe claimed his 25th try of the season in Featherstone’s 50-12 victory over Batley on Sunday, meaning he has now scored in 15 straight matches.

His remarkable season has inevitably caught the eye of several Super League clubs, who will be keeping a close eye on the 24-year-old as he attempts to break the all-time record for tries in consecutive games.

The record is currently held by Eric Harris, who scored in 17 straight games back in 1937. Briscoe will need to score in his next three outings to make the record his own.

Briscoe joined Featherstone from Leeds Rhinos, having initially made a name for himself at Hunslet.

He has scored 40 tries in 44 games for Rovers, and Duffy was lavish in his praise for the speedster.

“He could play Super League all day long,” Duffy said.

“We worked him really hard in the off-season and it’s worked out for him. He told me during the off-season that it was the hardest that he’s ever been pushed in an off-season but we’re seeing the results of that now.

“He’s a fantastic player and he can still get better.”