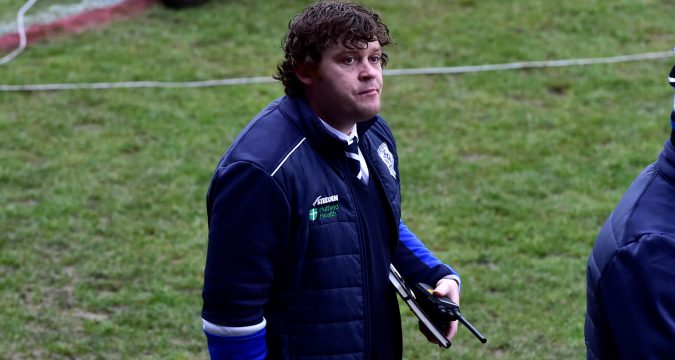 A 12-month deal gave him little job security in a high-pressure role where the previous coach had been removed despite back-to-back top-four finishes.

But Duffy’s decision has ultimately paid off. A strong start to his first full season in charge has seen Fev end the first-half of the season second in the Championship, just a point behind league leaders Toronto.

As a result, he has been rewarded with a new two-and-a-half year deal which will see him stay with the club until the end of the 2020 season, and more pressingly, build for the future.

“I didn’t have any nerves coming here,” he said.

“I just wanted to back myself. I had some tough times over at Swinton, some good times too, but they ended up tough times. It was just a case of backing myself for 12 months and seeing if I could get the club to where it needed to be.

“It’s definitely been tough, but enjoyable. The tough bit was at the start of the journey with the timing of when it happened. The games coming up were in the Qualifiers. But I enjoyed that too, I learnt a lot. It stood me in good stead for the season, what we needed and who we needed.”

Backed by the club financially during the off-season, Duffy has built a side that promises to deliver in a big way as the season goes on.

But Duffy has also set his sights on building the club in other areas, with his big focus being on the return of a reserve grade side.

“I’d love to bring a reserve grade in at Featherstone,” he said.

“I’ve looked over a few amateur games over that way and there’s loads of talent that is being missed to the game.

“Featherstone have always had one before the last few years with the competition disintegrating. We need one across the game. Our dual-reg works great with Leeds, it is fantastic and works the way is should be worked. But on the game as a whole, my thoughts are that Featherstone would relish a reserve grade at the club.

“We have spoken about it with Davide and Mark. I know Mark has always been one for reserve grade. Fev always have had a team in every league they can do.”

Inevitably, talk moves to the prospect of Super League. Duffy, though, believes the club still has on-field developments to make, before that happens.

That said, he believes it is achievable, with one eye on the prospect of turning the club’s playing staff full-time should finances allow that to happen.

“If the club ever did reach that it would be fantastic because the fanbase, the stadium and everything around it is pretty much already there. We just have to take the right steps over the next few seasons so we can have a good push for it. It’s not in my head at the minute, we have to be better at other things first.

“If I was a chairman and looking at my goal of Super League you’ve got to look at having a go at full-time and progressing from there.

“We had a camp in Spain and Mark saw first-hand how good it would be to be full-time, but there have been no big discussions about it. We’ve got to make sure we perform on the field first and get the budgets from our league positions before we look too far ahead.

“You have to bring the right players and squad in like Leigh did a few years ago. You have to put the money in, Derek (Beaumont) did that and achieved it. I know they came back down but it wasn’t a lack of money being pumped in. I think it could be a great model to look at.

“But we’ve got a lot to do before we have a go at that. Off the field we’re not too far away to be fair, but on the field, we have to secure the right spots in the league so we can have the budget to get the players and have a dabble at it.”