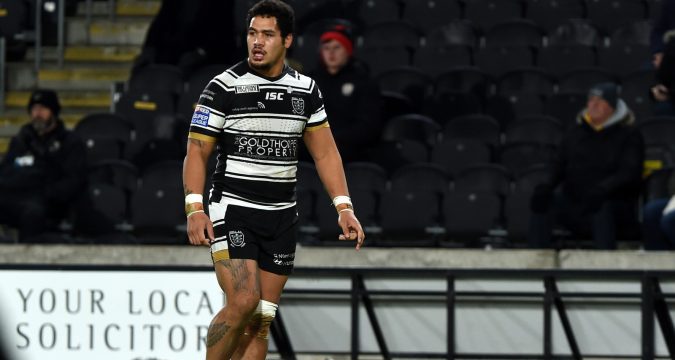 Bureta Faraimo has received a two-match ban after being handed a Grade C high tackle charge.

The Hull FC winger was red-carded for a tackle on Shaun Robinson in the final minute of the club’s Challenge Cup win over Featherstone.

If the Black and Whites don’t appeal, it adds further issues for Lee Radford, who is facing a number of injury problems ahead of the Magic Weekend clash with Hull KR.

The Challenge Cup holders have received a boost via Josh Griffin, who has not received a ban despite being charged for Grade A punching. Gareth Hock, who was involved in an incident with Griffin, received the same charge but faces a one-match ban.

Andrew Dixon and Danny Tickle, who were sent-off for Toronto and Hull KR respectively, have also received Grade A punching charges but will not serve suspensions.

Featherstone’s Misi Taulapapa has received a Grade B charge for his tackle on Jamie Shaul that went unpunished and now faces a two-match ban.

Elsewhere, Leeds’ Anthony Mullally is set to serve a two-match ban after receiving four charges in one game.

Mullally was cited for four separate incidents of the use of knees in the club’s win over Widnes.

Finally, Kyle Amore will serve a one-match ban after accepting a Grade B dangerous contact charge.