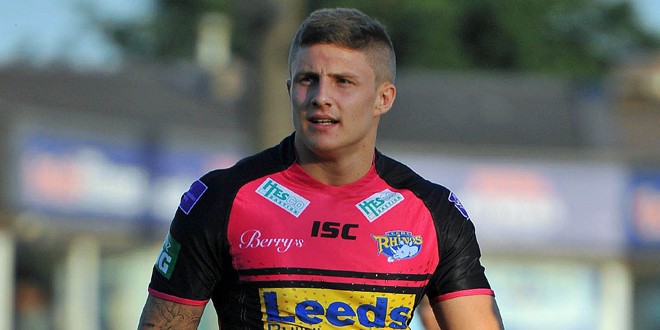 I have chosen eight players who I think will make a name for themselves in Super League this season.  I’m confident that some of them will emerge among Super League’s best players, but there are also a couple of young players who I really hope will get a chance at their clubs in 2014.

Warrington’s new fullback is my tip to win the Man of Steel. As he showed in the World Cup, his quality is sensational and he’ll bring crowds to their feet in this season’s Super League. But he’ll be just as important in his own half of the field, as he’ll put Warrington in good field positions when returning the ball. He always seems to beat the first defender when bringing back kicks, and that’s vital for a fullback. He was excellent previously as a young lad at Hull and Wigan, but I think he’ll come back into Super League looking like the real deal.

Alex had an outstanding year in 2013 and I can’t see him suffering any second-season syndrome. Even when Saints were really struggling he was absolutely outstanding. But I’d still like to see Nathan Brown let him off the leash a bit more, because Alex has great ball skills and needs to be able to express them a bit more. He reminds me of a young Lee Crooks with his size, pace, footwork and handling. I don’t think it will be long before we’ll see him in an England shirt.

I really like him as an old-fashioned winger who hugs the touchline and scores plenty of tries. A lot of wingers come inside too much, but he doesn’t do that. He’ll devastate many an opponent with his great pace and he seems to thrive under pressure, unlike a lot of young wingers who come into Super League. He can score short and long-distance and can also do a job at fullback. Last year he was outstanding for Whitehaven and in the Cumbrian derby put Workington to the sword with an unbelievable fullback display so, for a winger, he has a lot more in his armoury than just crossing the whitewash.

Quite simply he’s been a superstar in the NRL for the last ten years. If he’s come over here injury free then he might emerge as a Man of Steel contender. On the other hand, if he’s come over here with a dodgy knee for one last payday, then Super League might have another Brett Mullins on its hands. But I’m confident that won’t be the case. His game awareness is very good and he knows exactly when to come into the line. I’d go as far as to say he’s been one of the most exciting players anywhere in the world in the last 15 years, and I can’t wait to see him in Super League.

I’m hoping Leeds will move Kevin Sinfield back to loose forward and let Liam play at stand-off, because he’s already shown he’s creative enough for that and he doesn’t lack confidence. I like his organisational abilities too and he needs to be brought into the England squad if he plays as well in 2014 as I think he can do. He should go on to become a huge name in the future.

RELATED: Find out why Leeds coach Brian McDermott believes Liam Sutcliffe is destined for a career in the halves.

We’re not lacking in quality at fullback any more in the English game because of the emergence of players like Jamie. His attitude seems to be spot on now and he’s shown that he’s an excellent attacking player who will bring the ball back well and light up the KC Stadium with plenty of long-distance tries. The fans have taken to him already, but I think they’ll love him even more at the end of 2014. There are defensive question marks, but nothing that can’t be worked on.

He’ll certainly be putting pressure on Greg Eden for the fullback’s spot this year and, as Greg is quite inconsistent, we might see quite a bit of Josh. When I saw him last year against London Broncos, on his debut, he was fantastic. His confidence in defence, under the high ball and in bringing the ball back, were all superb. We might not see too much of him in 2014, but he’s certainly one for the future, and if he does play then I expect him to make a mark.

Another one who might not be in his side’s 17 at first is Jason Walton, who is a robust and strong centre. He was at the club a few years ago and now has a second chance after really standing out at Batley. It’s big vote of confidence in him but, if given the chance, I think he’ll shine. He’ll be excellent for Rangi Chase and Tim Smith with his out-wide running and, if he gets game time, then he’ll score plenty of tries. Players like him and Josh just need an opportunity.

Do you agree with Garry’s selections? Is there anyone he has missed out? Let us know by commenting below. And watch the following video to see one of his picks, Liam Sutcliffe, in action.