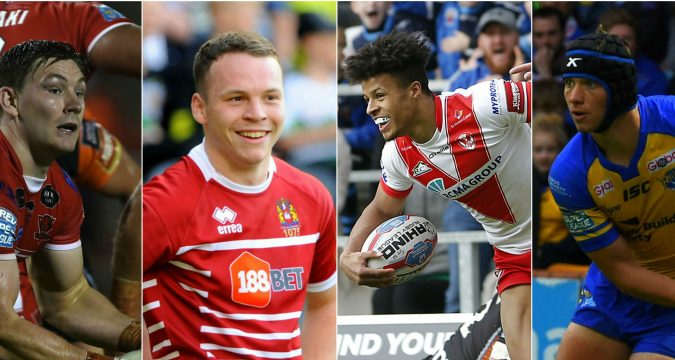 League Express has revealed the eight nominees for this year’s Albert Goldthorpe Rookie of the Year Medal.

Kriss Brining, Tom Davies, Regan Grace, Liam Marshall, Darnell McIntosh, Danny Richardson, Danny Walker and Jack Walker have all been shortlisted for the award, the winner of which will be announced in next week’s League Express.

The Medal recognises the standout players who have made a mark in Super League for the first time this season, with all players listed having made fewer than ten Super League appearances before the start of the campaign.

Six clubs are represented in this year’s shortlist, with both St Helens and Wigan having two players making the cut.

League Express editor, Martyn Sadler, said: “All Rugby League supporters like to see the emergence of young stars in our sport and we are delighted to encourage the development of young players who are new in Super League by giving a medal whose prestige can be seen from the list of former winners.”