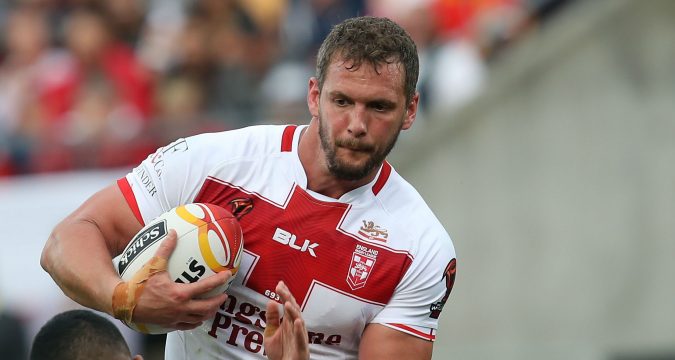 England could be without their captain for the remainder of the Test series against New Zealand after coach Wayne Bennett admitted Sean O’Loughlin is ‘touch and go’ for next week’s finale at Elland Road.

O’Loughlin is definitely out of Sunday’s game at Anfield, with Castleford’s Adam Milner coming in to replace him in Bennett’s squad.

But the England coach admitted there is no guarantees O’Loughlin will be right for the game in Leeds on Sunday week, too.

“He’ll be touch and go for the series,” Bennett said. “It’s not a serious one but the calf injuries hang around with you at this stage of your career and your life.

“Lockers has been one of the top-line players in your country so he’s a loss, but we’ve got to manage without him and we will. We lost him in the final last year in Australia and we did okay enough there.”

Without O’Loughlin, St Helens prop Luke Thompson will start at 13, with Milner occupying the fourth and final place on the bench in what is likely to be Bennett’s only change from the team that won in Hull last week.

“I like his enthusiasm, he tries extremely hard with everything he does,” Bennett said of Milner. “I’ve watched him play a fair bit at Castleford and he’s always full of energy and never short of drive to try and inspire his team-mates.”

Milner himself admitted he can’t wait to pull on an England shirt again after recently making his debut against France.

“It’s been ace to be involved,” the Castleford forward said.

“I go home and then I want to come straight back into camp, that’s how good it’s been. Being around top quality boys is fantastic, we all love each others’ company, and it’s been a great experience.

“Lockers and James Graham, it’s great to be around those guys, and I’m learning lots from Wayne Bennett. He’s got a wealth of experience and he’s actually been quite inspirational – he comes up and gives some quite touching speeches as well, which you don’t see too often. For a new lad coming in, it’s great to be a part of.”