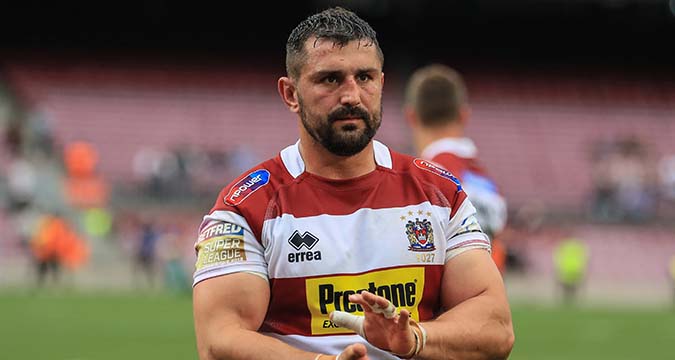 Outgoings at Wigan have started as the club prepares for the 2021 season.

Joe Burgess, Jack Wells and Ben Flower (pictured) were confirmed to be leaving by the club last week, with Burgess joining Salford and Flower signing for Leigh. Wells is also expected to join the Red Devils.

League Express revealed last week that Mitch Clark, Chris Hankinson and Josh Woods were all being offered to other clubs and Joe Greenwood is another who could depart.

Sean O’Loughlin has retired, leaving Wigan looking at a smaller squad next season.

John Bateman and Jai Field have been signed up for next season.

Staying put is Adrian Lam, the head coach who has signed a 12-month contract extension.

“It’s been a fantastic year overall,” he said.

“I’ve seen the team grow as a unit and winning the League Leaders’ Shield was a highlight, but we must go one better in 2021.

“The squad has been strengthened each year since my arrival and, with the new players coming in and another year’s experience behind our hardened young players, we’re in a great position to take trophy-winning advantage of that.

“We have the opportunity to create a team environment for 2021 that’s steeled for action with speed to burn, making us a very difficult team to play against. We want teams to need to be at their very best to have a chance of beating us.

“In the Grand Final you could see how close knit our team was. That’s who we are now but we must, and can, get better to win those trophies. We’re looking forward to 2021 and to the excitement that a new Super League season promises.”