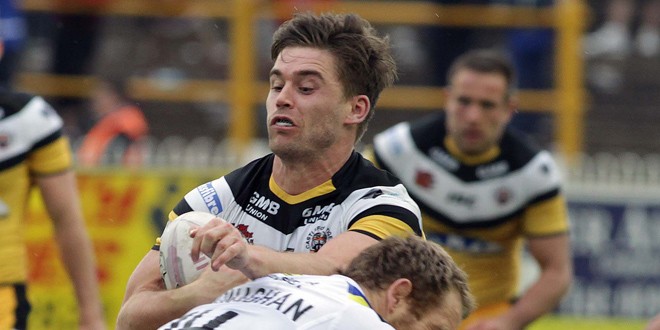 New Wakefield Trinity Wildcats signing Ashley Gibson has admitted that the host of former teammates who he’s joined up with at Belle Vue has made the transition to his new club a whole lot easier.

Gibson, who has left Castleford to join Trinity for 2016 after a period at the Mend-A-Hose Jungle, is one of several ex-Cas players to have recently made the switch across West Yorkshire.

And Gibson admits there’s a fair few other players who he’s teamed up with in the past at Wakefield too, insisting that it’s made life at his new club much easier to deal with.

“There’s Jordan Tansey who I was at Cas with but also started with in the Leeds Rhinos academy,” Gibson told the Yorkshire Post.

“I just seem to follow him around everywhere. But there’s Scotty Moore, Liam Finn and Richie Owen who I played with at Cas last season, too, plus a lot of Leeds lads like Nick Scruton who came through the Academy with me into the Rhinos first team and Tans’ plus Ben Jones-Bishop as well.

“Then there’s Matty Ashurst and Stuart Howarth who I played with at Salford so there are quite a few familiar faces.

“It’s just made it easier settling in – it doesn’t seem much different to be honest!”