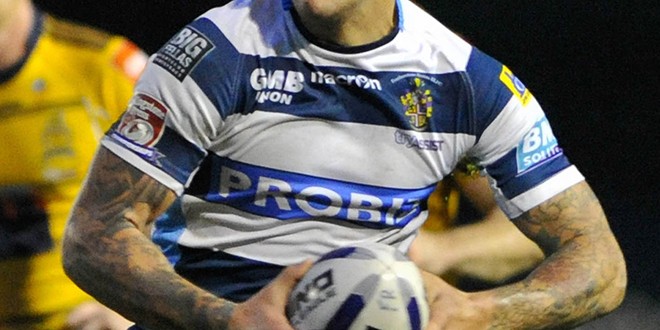 Featherstone Rovers are gearing up for their fourth pre-season challenge of the year when local rivals Castleford Tigers visit the Big Fellas Stadium on Sunday.

A bumper crowd is expected for the fixture which sees former Head Coach Daryl Powell return to Featherstone for the first time since he went back to Super League.

“They are a well-established Super League team and I believe they will be competitive in 2014.

“We will welcome back Daryl Powell, Ryan Sheridan and Liam Finn who all deserve a warm welcome from Rovers supporters for their time and efforts when they were at Post Office Road.

“Once again, we are looking forward to testing ourselves against full time professionals and excited about the challenge in front of us.

“We are looking to intensify and improve our performance again this coming weekend, recognising the fact that we are only three weeks away from our first competitive Championship game of the season at Dewsbury.

“Our competitiveness and energy has been a key feature of our pre-season preparations and we would like to continue this alongside improving offensively and defensively. It’s important that we get another good performance, keep the momentum going and prove that the Wakefield Trinity Wildcats performance was not a one off and something that we can replicate on a consistent basis.”