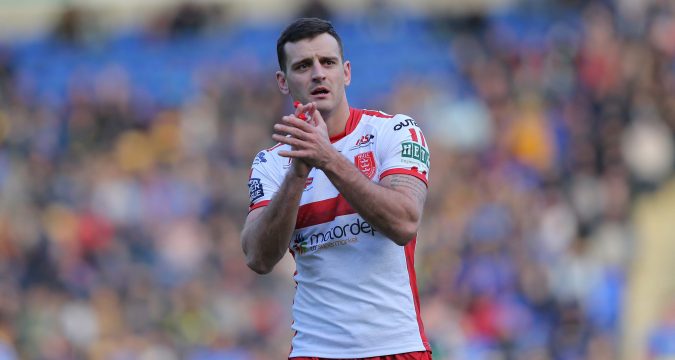 CRAIG HALL says Featherstone are ready to take up where they left off as they aim to book a top-flight place for the first time since 1995.

The experienced fullback was just seven years old when Rovers missed the cut for Super League as Rugby League moved from winter to summer.

This time last year, with Hall freshly signed from Hull KR, James Webster’s side were among the favourites to claim promotion from the Championship.

Featherstone duly won four out of four league games, plus two more in the Challenge Cup to book a sixth-round derby trip to Wakefield, before Covid scuppered the campaign.

Beaten by Toronto in the 2019 Championship promotion decider, Rovers also lost out as Leigh won the battle of the bids to replace the Wolfpack in this year’s Super League.

“We were disappointed not to get the nod, but Leigh were judged to have made the best case, so we’ll just have to do it this time,” said Hall.

“The positive is that by the end of the season, we’ll hopefully have fans back in the grounds, and the aim is to win promotion in front of our supporters.”

Featherstone have made significant additions to their squad, including Samoa international halfback or hooker Fa’amanu Brown, who has played in the NRL.

“I think we had a good squad last season,” said Hall, who played in all six matches before lockdown, scoring three tries.

“Now we’ve added to it with some quality and some experience, and the desire to get the job done is definitely there.

“It won’t be easy, because there have been lots of good signings throughout the Championship, and there’s only one promotion place.

“But we’re confident that we have what’s needed, and it’s a case of trying to get some consistency, both individually and as a team.”

Head coach Webster is hopeful former Leeds secondrower Brett Ferres will have recovered from a foot operation in time to face Bradford in the Challenge Cup on March 21.

Rovers have pre-season games against Oldham on Saturday and Batley on March 13.