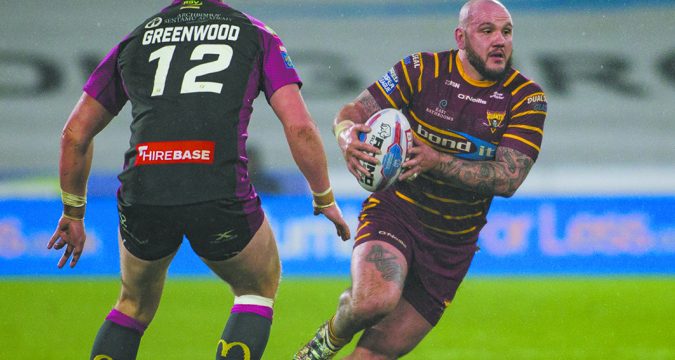 The Scotland captain suffered an injury in the club’s recent defeat to Wakefield and has been told he must rest for an extended period of time.

The match was Ferguson’s return game for the Giants, having only just recovered from a serious injury that had stopped him playing since August of last year.

With the 31-year-old now set for an extended spell on the sidelines, the Giants have come to an agreement that has seen him leave the club with a year of his contract still to run.

“Dale has been an outstanding player and person at our club and for his country,” Giants managing director Richard Thewlis said.

“I have personally spent many hours watching him play for the Giants and his country and in particular in his time with Scotland he was a real leader for us. The sad reality though is that his game time and availability has not been where either party would wish and it’s with sadness we have come to this announcement.

“Dale did get a knock on his comeback game and needs to rest up for a period while that’s assessed and worked through which rule him out for the remainder of this year.

“He had a year left to run with us but, as I say, we’ve come to an amicable arrangement which for Dale allows a fresh start and for us frees up a slot for one of our younger players to strive for in next years 25-man Super League squad.”