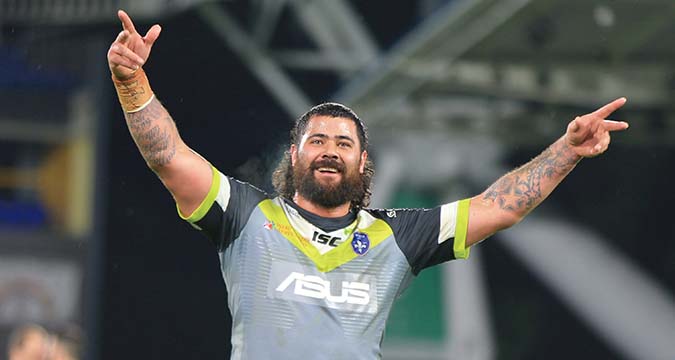 David Fifita will meet with Wakefield officials today (Monday) to discuss his future after being stood down for refusing to wear a GPS tracker.

The forward has refused to wear the vest that contains the tracker, which is being used to monitor the movements of players for the track and trace system.

Fifita’s refusal resulted in the club being forced to stand him down.

Talks were due to take place last Friday, but they were pushed back at the request of Fifita to allow his agent, Craig Harrison, to attend.

“We’re meeting Monday morning to discuss with a firm hope we can get a solution and move forward with David back on the field again soon,” CEO Michael Carter told League Express.

If successful, Fifita could potentially make his return in Thursday’s rearranged Super League game with Huddersfield, a match that will take place at the Giants’ John Smith’s Stadium despite it being a Wakefield home game.

“We had to fit it in,” Carter explained.

“We’ve been having talks with Super League about how we get our rearranged games in. Going out of the Cup meant we were free. Initially, we were going to hold it at Mobile Rocket Stadium, but we’ve still got some protocols in place to get it signed off and, rather than rush it through, Huddersfield said their ground is already up to spec and would be willing to host the game.

“Home and away is always based on crowds, that’s the advantage. But the fact there’s going to be nobody there means it’s just a piece of grass. I don’t think there’s any disadvantage and it gives us some breathing space to get our home ground up to requirement.”