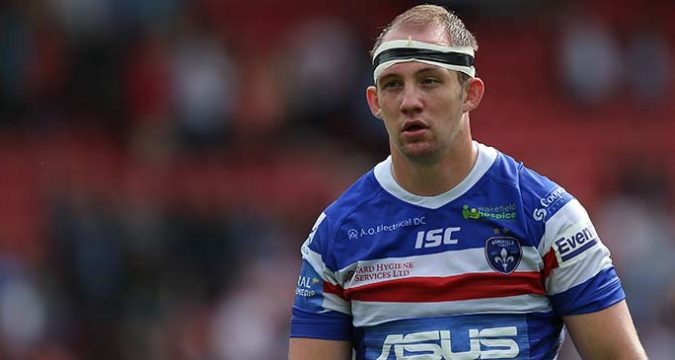 George King is set to become a Hull KR player this week.

The forward, who has already agreed to join the Robins next season, is set for an early move to his new club with a deal thought to be moving closer.

Wakefield signed London Broncos prop Eddie Battye on a short-term loan last week, paving the way for King to move to the Robins.

King played his first game post lockdown as Wakefield fell short against Hull FC, which has proven to be his final game for the club.

He will link up with Tony Smith for a second time after playing under him at Warrington. During his time at the Wire, King played almost 100 games, including four major finals.

The 25-year-old, an Ireland international, will add depth to Tony Smith’s pack for the remainder of the campaign while also giving him the ability to bed into the squad ahead of the 2021 campaign.

Meanwhile, Smith was encouraged with how disappointed his side was to lose in Golden Point to Super League champions St Helens.

“The players are really disappointed in there, which is good,” he said.

“We’re raising our standards and the expectations of ourselves.

“I thought we showed a lot of resolve. We defended our try line as we should, particularly that first 25 minutes.

“We had to do a lot of work there and we’re not folding easily now. That’s an area we’ve been critical of ourselves and understand we need to improve on.

“I’m pleased with that aspect of it. We made Saints work hard for their points.”