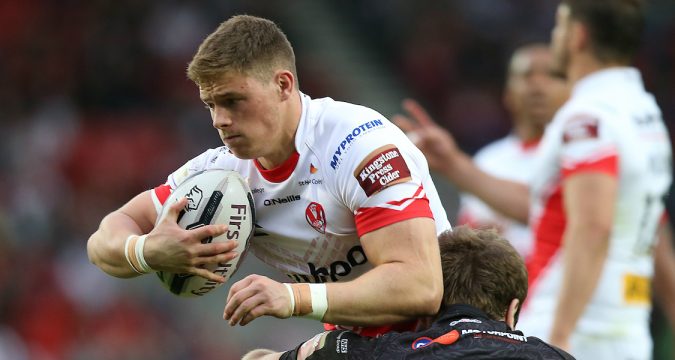 The powerhouse Fijian forward was pivotal for Penrith Panthers’ New South Wales Cup side throughout 2017, helping them to a Grand Final victory over Wyong Roos. A destructive back-rower, he will be one of the Fijian stars at the tournament, you suspect – and with several clubs keeping cap space back in England in case of a breakout star at the World Cup, guys like Kikau are ones to watch out for.

It has been a phenomenal year for talented PNG star Ase Boas at club level. The 28-year-old was a hugely influential figure at half-back in the PNG Hunters’ historic Queensland Cup title win, with him earning the man of the match in the Grand Final – as well as the competition’s player of the year award. He’s definitely one to watch out for at the tournament.

The St Helens forward has got better and better throughout this year, and in a youthful-looking Welsh squad for this year’s tournament, his experience of the top level could be crucial. Knowles will be a star of the future for the Saints without question – this could be the tournament which sees him catch the eyes of many.

The 21-year-old was a key component of Penrith’s side which won the New South Wales Cup this season, starring at fullback during the victory against Wyong Roos in the Grand Final. Capable of playing fullback or on the wing, Cerruto is one of several talented Australian-Italian players plying their trade below first-grade who will be looking to make their mark in this year’s tournament.

Kheirallah will be well-known to fans of the Championship in England, but Tony Gigot’s suspension could be the springboard for the Toulouse fullback to catapult himself into mainstream attention. Undisputedly one of the second-tier’s standout players, Kheirallah could be a key figure for France as they look to reach the latter stages of the World Cup once again.