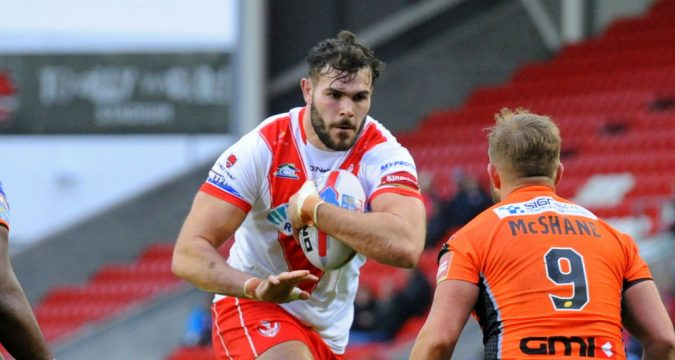 The hooker appears to be set for a move to Super League with Warrington, and Wolves fans will get their first real look at the current Canberra man when Papua New Guinea play Ireland on Sunday.

Baptiste will start for The Kumuls, which will give him the opportunity to showcase exactly what he is all about.

The former Hull Kingston Rovers halfback has well and truly been off the radar since leaving the Robins.

Since his departure, the former Australia international has got a full-time job away from the sport while playing for Queanbeyan Blues in the Canberra Region Rugby League.

However, he gets one last crack at the big-time this weekend, and it will be great to see him have one final hurrah.

The last two years of Micky McIlorum’s career have been nothing short of frustrating.

A serious ankle injury left him on the sidelines until midway through this year, and on his return, Wigan failed to make the top four.

But he was sensational in Ireland’s victory over Italy last week, and he’ll be keen to take that form into a pivotal game against Papua New Guinea on Sunday. There will be some out there who aren’t sure who the Scotland fullback is.

However, any fans of the Championship will need no introduction to the London fullback, who has emerged as one of the best young talents in England during the 2017 season.

Still only 22, the youngster has a bright future ahead of him. He’ll get the chance to prove that on the biggest stage. It’s been a long, long time coming. But finally, “Big Al” will get a chance to perform on the international stage.

England’s clash with Lebanon gives the Saints star the opportunity he’s been waiting for, and we can’t wait to see him unleashed by Wayne Bennett.