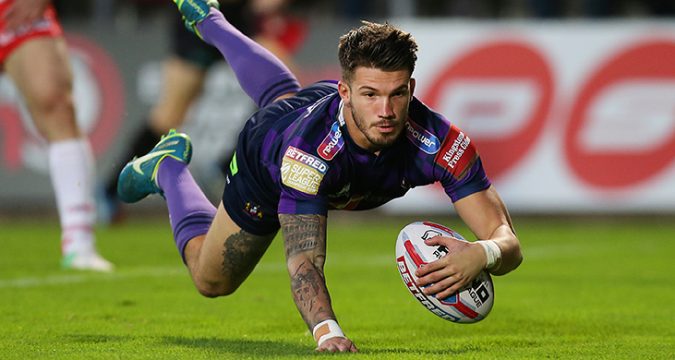 One of the biggest gripes England fans had during the World Cup was the left centre position.

John Bateman was tasked with filling the role, and while he didn’t let anyone down, there were moments that left people wondering whether a recognised centre could have done more damage.

Step up Oliver Gildart, who appears to be the heir to that throne in the years to come.

Michael Shenton’s omission after a superb year suggest he does not feature in England’s plans. Given Gildart’s  age – he’s still only 21, he must surely be in their thought process.

Even at such an early stage in his career, it already seems apparent that Tom Johnstone is destined to rise to the top of the sport.

Of course, that constitutes playing on the international stage, and although there is huge competition for places on the wing, the 22-year-old has the potential to dislodge Ryan Hall or Jermaine McGillvary.

Will it happen this year? It’s hard to say, but with Hall now in his thirties and McGillvary entering that category later this year, they can’t stay around forever. Many believe the Tigers hooker was desperately unlucky not to get a plane ticket to the World Cup last year after his excellent Super League campaign.

However, 2018 could prove to be the year he gets that honour.

With Josh Hodgson set to miss the entire season, another strong campaign will give McShane as good a chance as ever.

Despite being in England squads, injuries have prevented the Rhinos forward from actually pulling on the jersey.

That, however, could change this year.

Ward has all the capabilities and, had it not been for injury last year, would have probably gone to the World Cup.

The likelihood is that Ward will eventually take Sean O’Loughlin’s place in England’s setup. It could be as soon as this year. But the continuing injuries – he’s likely to miss the start of the season, are a concern.

It speaks volume that so many people wanted to see the Hull forward go to the World Cup.

As it was, that never happened. But with another year under his belt and a big year ahead, Watts will be keen to push on once again this year.

Some cited his disciplinary record as an issue and that could be a contributing factor in his omission. If he can sort that out, he could wear England colours this year.