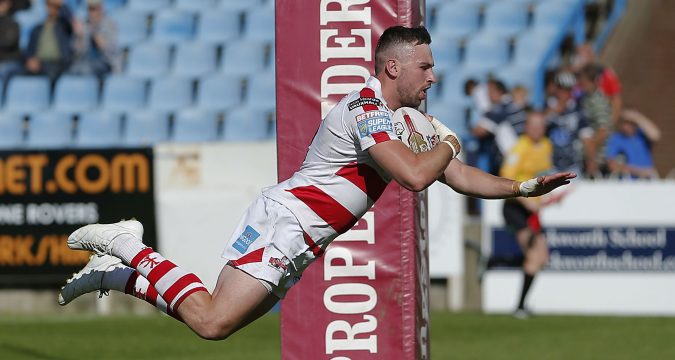 The 27-year-old Cumbrian was without a club following the Centurions’ relegation, but has become John Kear’s latest addition ahead of the 2018 season.

He spent the last six seasons with Leigh and made 15 appearances last season, but has now dropped to League 1 to join the Bulls on a two-year deal.

“Gregg is a well-established player that can offer the team a lot, he can get everyone moving forward and possess a real attacking threat,” said head coach John Kear.

“He’s going to work closely with players like Pickersgill, someone I see a lot of potential in and will help him grow as a player.

“I want Gregg to bring that same attitude that he had at Leigh which helped them get promoted and imply it at the Bulls. He’s going to be a fantastic player for us.”

Meanwhile, the Bulls have confirmed a dual-registration partnership with Toronto Wolfpack.

The partnership will see the Bulls have access to Toronto’s players during the season as the clubs continue to build links.

John Kear’s side will welcome Toronto to Odsal on Friday for the Wolfpack’s only pre-season game.

It remains to be seen how the partnership will work during the second-half of the season, when Toronto will be based in Canada.