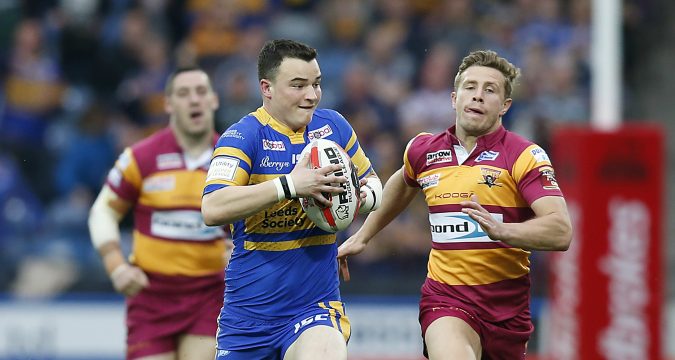 In the latest instalment of our regular off-season feature, we take a look at Leeds’ plans, and what they need to do in the off-season.

Make the most of a revamped Kirkstall

Was too much made of the flooding of Leeds’ training facility last year? Perhaps, but one overriding positive of those floods is that the Rhinos have been able to revamp and improve their training facility, which can only be of benefit to the club moving forward.

If Kirkstall really was as big a hindrance to Leeds’ 2016 campaign than has been suggested, they should be in a great position to make the most of the facilities available to them this time around.

Six players in Leeds’ squad for 2017 have managed eight Super League appearances between them. Is that sort of cover enough for a team looking to return to the top?

Despite a 30-man squad, they still appear to lack quality in depth. Brian McDermott is putting faith in young players to cover absences in his squad, but another injury crisis would result in an over-exposure of young players, and we all know how that worked out last year.

So keeping the club’s senior players on the field is of pivotal importance to the Rhinos again. The Easter period and the weeks following will be a big test.

Build on the strong partnerships in the squad Once the majority of players did return from injury last year, the Rhinos looked like a real force as a number of partnerships blossomed.

Kallum Watkins and Brett Ferres were almost unstoppable on the right edge, while James Segeyaro looked like a superstar working off the back of Brad Singleton.

The off-season gives Leeds a chance to strengthen those partnerships even further, while also putting together some new combinations which will help them return to the top.

Whisper it to Leeds fans quietly, but one day, Rob Burrow and Danny McGuire will have to hang up the boots.

Both are nearing the end of their careers, and as a result, Leeds need to start identifying replacements.

Step up Jordan Lilley, who showed encouraging signs throughout 2016, but proved to be inconsistent. That was to be expected, of course, but with a year’s experience under his belt, the young halfback now needs to start performing regularly to ensure he is seen as the next man to take the club forward. He’s all the ingredients, but the off-season is massive for him.

The now Castleford player has been away from the club for quite a while, but one reason for their downfall in 2016 was his lack of form, and Leeds’ inability to suitably replace him.

By the end of the year, Ashton Golding had gone a long way to showcasing his talents, and he will get the opportunity to replace his former mentor after being given the number one jersey.

The importance of a fullback in Brian McDermott’s structures is undoubted, and getting Golding or anyone else firing like Hardaker was is pivotal. If the Rhinos do that, they have a good chance in 2o17.