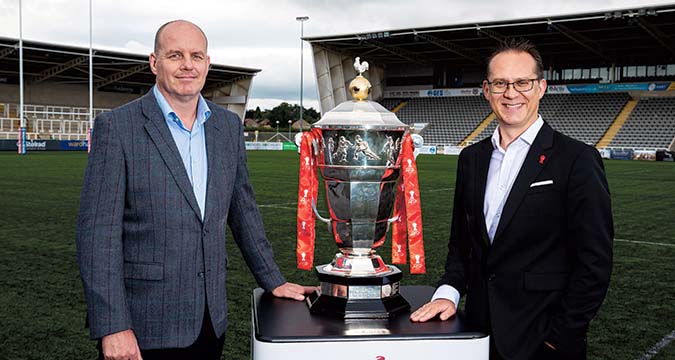 Jamaica’s rise to the Rugby League World Cup is an incredible story. Last year, they beat USA on their home turf in Jacksonville to secure their maiden World Cup appearance and faced the recently re-formed England Knights squad at a packed-out Headingley Stadium, home of Leeds Rhinos. It’s almost certain that the landscape of Jamaican Rugby League will change forever following next November. 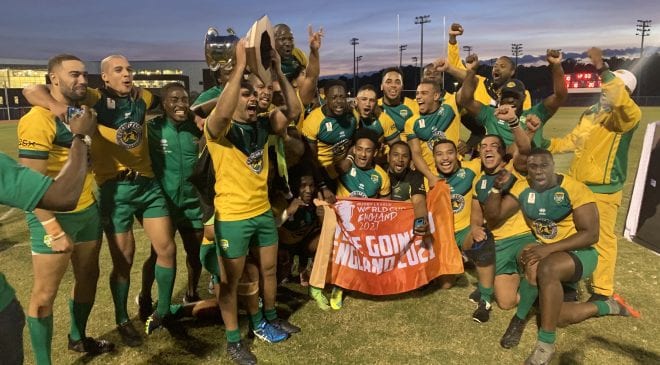 Greece make their heavily-anticipated debut in October after successfully qualifying on their second attempt but will have to out-match England, Samoa and France in order to surpass the group stages. They’ve played 29 games since their formation in 2003, with just four being against sides in this year’s World Cup; three against Italy and one versus Scotland 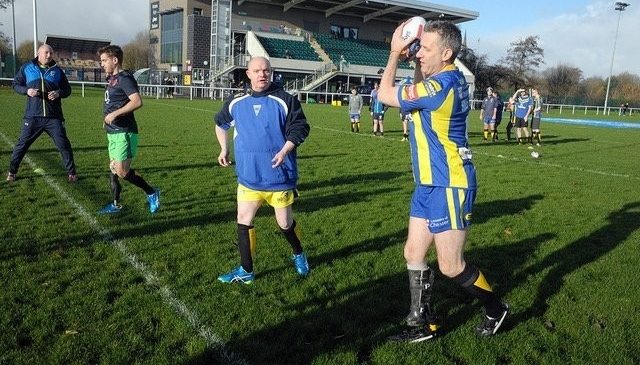 Physical Disability Rugby League has increased in popularity throughout the last two years and their chance has finally arrived.

From Warrington and Wigan’s clash during half-time of a Magic Weekend clash to Warrington’s battle with South Sydney Rabbitohs’ PDRL side at Sydney’s ANZ Stadium, PDRL has been ever-increasing in popularity throughout the last two years. RLWC2021 ambassador Adam Hills has played an integral role in its rise, regularly discussing PDRL on his Channel 4 show ‘The Last Leg’ alongside Alex Brooker.

Their opportunity has finally arrived and will see five teams – England, New Zealand, Australia, Scotland and Wales – participate in a mini-tournament to crown an inaugural PDRL World Cup winner.

The tournament will be hosted in Warrington throughout and will culminate on 7th November 2021 at the Halliwell Jones, prior to France’s game with Samoa.

Tournament Chief Executive Jon Dutton said: “The action will be intense, and the final being staged at Warrington’s Halliwell Jones Stadium before the France v Samoa game ensures not only a big crowd but also a fitting finale to this tournament.”

Tournament organisers have done a sublime job throughout the broadcast selection process. In January, the whole Rugby League world had their eyes gazed on the Official Royal Family Facebook page as HRH Prince Harry Duke of Sussex performed the group draws from Buckingham Palace.

The Rugby Football League’s OurLeague app will broadcast every game live for the first time and Rugby AM will show exclusive post-match content.

RLWC2021 Chief Executive Jon Dutton said: “Our partnership with the IRL allows us to both execute a world-class broadcast production and rights strategy, which will be at the centre of our fan engagement approach and will provide an additional revenue stream for all parties.”

There’ll be some exciting destinations for Rugby League next winter as the sport will enter a number of new venues and major markets.

Coventry’s Ricoh Arena will host a mouth-watering clash between Australia and Scotland in late October, while Middlesbrough FC’s Riverside Stadium will host a highly-anticipated encounter between Tonga and Cook Islands.

Finally, Premier League side Arsenal will be the venue for a semi-final clash between two quarter-final victors from Groups A & D, meaning a dream match between Samoa and Tonga could be viable.

Tees Valley will be the home of Cook Islands throughout their stay and Preston will be the central hub for Wales.

There are two teams that have participated previously but failed to reach the quarter final stage.

One of them is Cook Islands, ranked lowest out of all men’s teams with a world ranking of 23, who have entered twice previously, in 2000 and 2013. They received entry into the World Cup through the Repechage round, the last opportunity to qualify, by comfortably defeating United States and South Africa, their largest victory in their 25-year history.

If you glance at the squads for those games, there’s a real array of talent available at the disposal of Tony Iro (head coach) including Anthony Gelling, Dom Peyroux, Adam Tangata, Brad Takairangi, and Brisbane Broncos’ stalwart second-rower Alex Glenn.