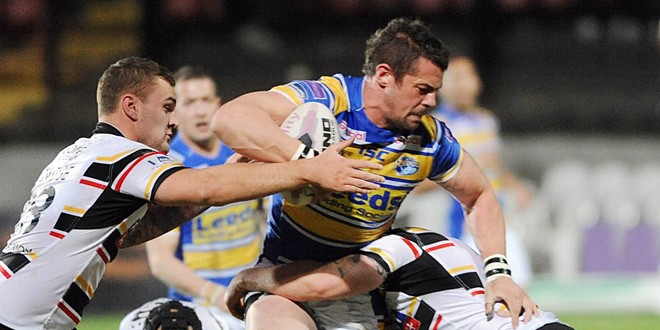 Former Leeds Rhinos star Ian Kirke – who won a number of honours with the club during his time as a player – is back at the club working as a conditioner for their first team squad.

Kirke will work under Head of Athletic Performance Jason Davidson in a part-time role that sees him return to the club with which he made over 200 appearances.

Commenting on the appointment, Davidson said: “I am delighted to have Ian back on board at the club. He will take over from Chris Black, who is now heading up the strength and conditioning work at Yorkshire Carnegie. Ian will be working with the first team with their conditioning and strength programmes as well as analysing the GPS data from training.

“It is always good to bring someone in who not only is well qualified but has also played the game and knows the requirements needed to perform in the game and the day to day demands that are placed on a player’s body,” added Davidson.

Kirke has not decided yet whether he will retire as a player for next season having had an operation at the end of last season. He commented: “I will make a decision in the New Year as to whether I will play on next season on a part time basis but I am really looking forward to the challenge at the Rhinos. Obviously I know the place very well having spent nine years here and I have a lot of respect for what Jason Davidson has done with the squad during that period.

“Strength and conditioning is something that I have always had an interest in having completed my degree before I joined the Rhinos and have acquired several qualifications since then. I have always prided myself on how I took care of myself during my career and hopefully I can transfer some of that to our young players as well. It is great to have all the qualifications but it is not always the easiest thing to apply that in the real world and hopefully I will be able to do that,” added Kirke.