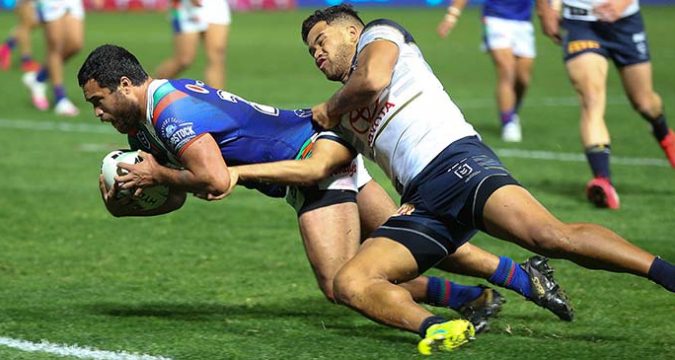 Two former Super League players currently based in the NRL have been offered to clubs for next season.

New Zealand Warriors pair Peta Hiku and Lachlan Burr have both been touted to Super League clubs with a view to a move for 2021.

Kiwi international Hiku had a short spell with Warrington in 2017, scoring ten tries in eleven games.

He returned to the NRL the year after with the Warriors but is off-contract at the end of the season.

Now 27, the centre has scored 47 tries in 131 NRL appearances and scored a hat-trick in the Warriors’ win over North Queensland Cowboys last month.

Meanwhile, former Leigh forward Burr could also be on his way back to the competition having also spent just one season in the Northern Hemisphere.

Burr, also 27, initially signed for Bradford Bulls ahead of the 2017 campaign but moved to Leigh after the club was liquidated. He played 25 times for the Centurions as they were relegated from Super League before returning to the NRL.