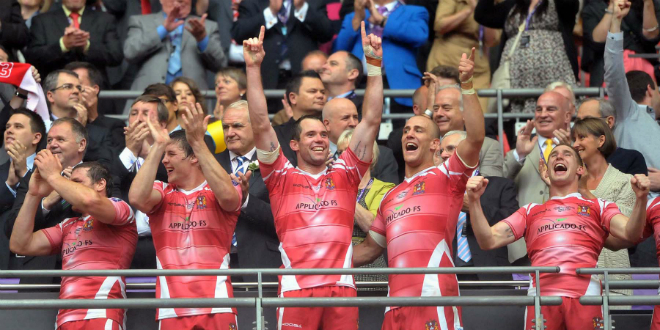 All four Ladbrokes Challenge Cup quarter-final ties will be broadcast live on television.

The cup action will begin on Thursday, June 23 as Huddersfield Giants entertain Wakefield Trinity Wildcats in front of the Sky Sports cameras.

The Super League leaders are in action the day after as Warrington Wolves host local rivals Widnes Vikings live on BBC Two on Friday June 24 (8.00pm).

The schedule for the four Ladbrokes Challenge Cup quarter-finals is as follows: