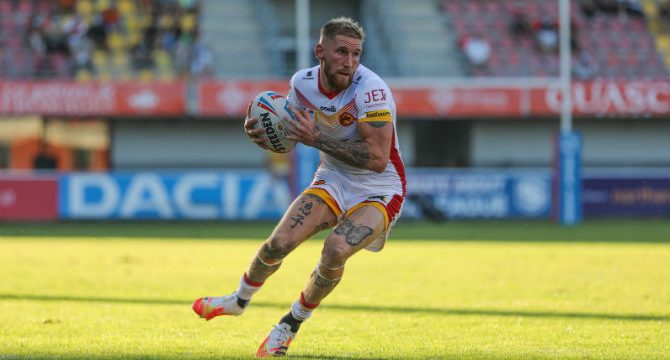 The lights will go out on live TV coverage of Catalans Dragons games in Perpignan unless a new deal is reached between the club and French broadcasters.

A contract between club President Bernard Guasch and beIN Sports to cover the early-season fixtures expired after Friday night’s clash with Leeds Rhinos and, as it stands, there are no arrangements in place to cover this Saturday’s visit of Castleford Tigers or any other remaining matches this year.

Catalans are unique in that they are currently financing the production costs of around £15,000 per game to broadcast games from Stade Gilbert Brutus.

President Guasch said he is still holding negotiations about the possibility of covering some or all of the remaining five home games (prior to any play-off participation) but he admitted no deal had yet been done.

“We have paid for all productions from the Brutus this season as agreed and now we are in discussions about the rest.”

Guasch has made no secret of how important it is to have Catalans on television, maintaining the profile of the club and also satisfying sponsors and advertisers at the ground.

Sky Sports pick up the live feed from Perpignan and add their commentaries from a studio at their headquarters in Isleworth before screening to UK viewers.

Unless a deal is reached quickly there will be no coverage of the Castleford match nor the following week’s fixture at the Brutus against Wakefield Trinity.