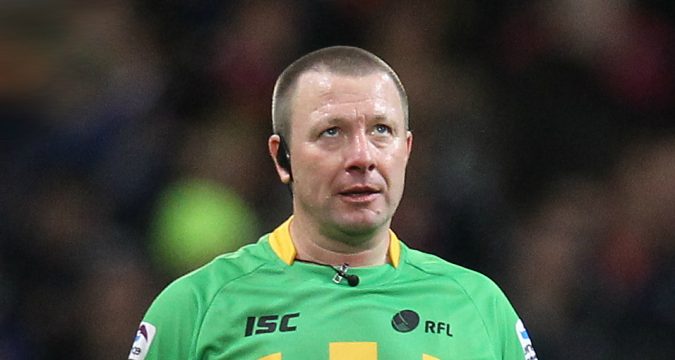 Steve Ganson, the RFL’s head of match officials, believes players are trying to win penalties from referees much more than when he was a match official several years ago.

In response to the comments made by the Leeds head coach following their defeat to Hull FC on Thursday, Ganson has pointed the blame at coaches for teaching techniques that are making the game harder to officiate, particularly in and around the ruck.

“I would say there’s been an increase in gamesmanship in professional sport,” Ganson said.

“There are clear examples within our competition where certain players try to milk penalties from match officials in a whole host of different ways. Whether that is by trapping people in, falling back to the ground and so on.

“Certain players make it very difficult for referees to officiate rucks consistently and they have a duty to get on and play the game. When there’s a milking of penalties, occasionally referees will fall for it. But coaches have a high level input and when you look at moving off the mark, pushing forward and all those sort of things, they’re coached. It needs some joined up thinking.”

In a staunch rebuttal of the criticism aimed at his match officials, Ganson said coaches, players and supporters must decide what they want to see.

“There are far more issues in the game than referees,” he said.

“The solution is that you can either have a referee who penalises everything, or they just let the game flow completely. People need to decide how they want to game to be played. It requires effort from coaches, players and referees combined. As long as players try to win penalties they’ll win some and lose some, and while that continues nobody will sort it out.”