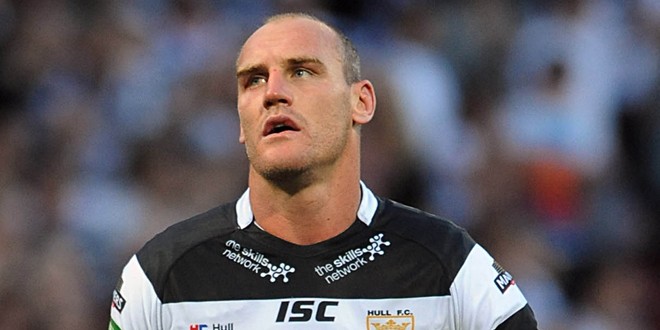 Hull FC captain has stoked the fire ahead of this weekend’s Hull derby at Magic Weekend, by saying it is the perfect game for his side to bounce back into form.

The Black and Whites are coming into the clash off the back of defeats against Wakefield and Wigan, but still sit above their cross-city rivals Hull KR on points difference alone. Forward Joe Westerman has described their form as a ‘joke’ this week, and Ellis admits the squad are doing it tough at the moment.

“When things went against us the following week against Wigan you could almost see heads start to drop, and that’s the way we are at the moment. We’re really doing it tough but the perfect game for us when we’re like this is the one we’ve got this weekend,” Ellis said.

“It’s probably the perfect game for us. We’re doing it tough at the moment – and we’re hopefully at the lowest of the low at this exact moment in time – probably more the game against Wakefield, that hit us really hard and you could see the effect it had on us.

“It should be a great atmosphere in an absolutely remarkable stadium in front of lots of people, and we’re going to be taking on our fiercest rivals.”

Read an exclusive interview with Gareth Ellis on where Hull FC’s current troubles rank in his career so far, as well as the demons he has faced ahead of returning to Headingley to face Leeds next weekend.