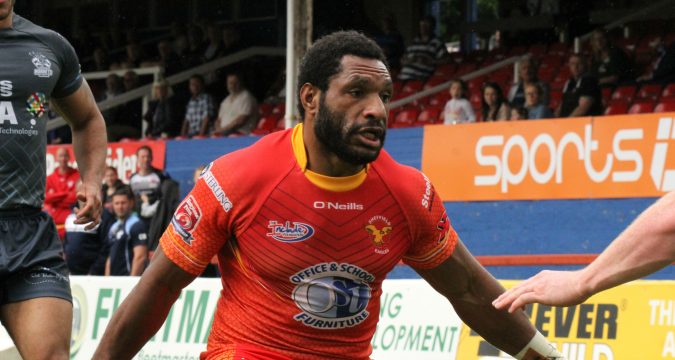 Castleford Tigers fans are getting quite the introduction to new signing, Garry Lo.

The Papua New Guinea flier is currently showcasing his talents in the World Cup and had Tigers fans purring following his performance in The Kumuls’ opening-round victory over Wales.

But what was even more notable than his performance was the adulation he garnered from the nation’s supporters in Port Moresby.

Whenever the speedster touched the ball there was a deafening cry from the crowd. It continued throughout the game.

And the admiration of Castleford’s latest star has proved to be no fluke.

Lo paid a visit to a local school this week, and as you can see from the video below, his superstardom appears to be nationwide.

Garry Lo…a popular man in #PNG! This was the reception he got at today's #RLWC2017 school visit! @CTRLFC @SheffieldEagles @RLWC2017 pic.twitter.com/qm7Ia4hh2s

Lo introduces himself and the children in attendance go nuts.

Cas fans have some work to do if they are to match the support Lo receives in his home nation.