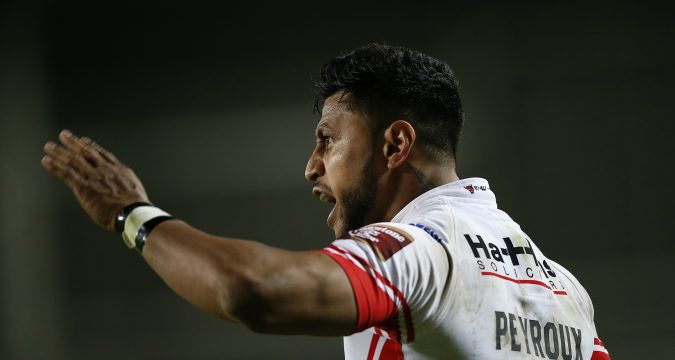 The 28-year-old has played 46 times for the club since signing from New Zealand Warriors at the end of the 2015 season, and speculation had linked him with a move away from the Saints at the end of this season. However, that has proven to be untrue, and Peyroux will remain with Justin Holbrook’s side in 2018.

Saints head coach Holbrook said: “We’re pleased to have retained Dom for the 2018 season. He was one of best players towards the back end of last season after working hard in training to regain his place in the side.

“I’ve been impressed with his work ethic since I joined the club and he adds vital experience and depth as we look forward to the new campaign.”

Peyroux has made eight appearances for the Cook Islands, scoring five tries, including two in the 2013 World Cup, and three times for Samoa. He also played for Sydney Roosters and the Gold Coast Titans before moving to the Warriors.

He said: “I’m blessed to have re-signed with St Helens for another year. We did well in the back end of this year’s campaign to make the semis and were unlucky to miss out on the Grand Final.

“We are using it as fuel for a great 2018 season. I’m looking forward to working hard in pre-season and starting well next year.”