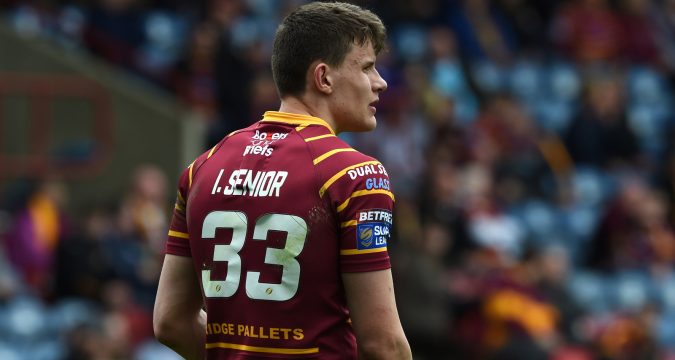 The pair have signed new one-year extensions that will keep at the Giants until the end of next season.

Both have earned international honours with England Academy and played a string of games for their hometown club last season.

Innes made 18 appearances for the Giants last season, scoring four tries, while Louis scored eight tries in 13 games, including a memorable quartet against Catalans on the last day of the season, which helped ensure their Super League survival.

The twins, who both turn 20 later this month, join fellow Academy products Jon Luke Kirby and Sam Hewitt in signing new deals to stay at the John Smith’s Stadium.

Louis said: “I’ve really enjoyed my time at Huddersfield Giants so far and have managed to get a lot of game time in recent games.

“I played pretty much the whole of the second half of last season and have only missed out on a couple of games this year so far, so I’m happy with the progress I’m making with the Giants, which has made this contract extension easy to sign.

“We’ve been training hard during this time and managed to put some muscle on, but we still miss all the gym equipment and it’s hard to do much rugby training with only two people.”

Innes added: “I’ve been enjoying my rugby at Huddersfield Giants for a long time so it felt natural to sign an extension. I’m excited for the future of the club, especially with the squad we’ve got at the moment. I feel like we’ve got the best squad we’ve had since I made my debut, so I’m excited to see what we can accomplish.”

Louis and I have managed to maintain a pretty good training schedule since lockdown and I’ve always got a training partner, so I’m able to continue working on a lot of aspects of my game already. I know I’ll be in a good condition for when the time arrives for me to start our second pre-season.”

Giants coach Simon Woolford added: “They’ve come along nicely over the last two years and I’d expect to see continued improvement both physically and mentally in the boys’ next phase.

“They have all the tools; they are big, strong and fast and they really do have the Rugby League world at their feet. How far they go in this game will be purely dictated by Louis and Innes.

“They’re great lads to coach and we look forward to working with them for the next 18 months.”