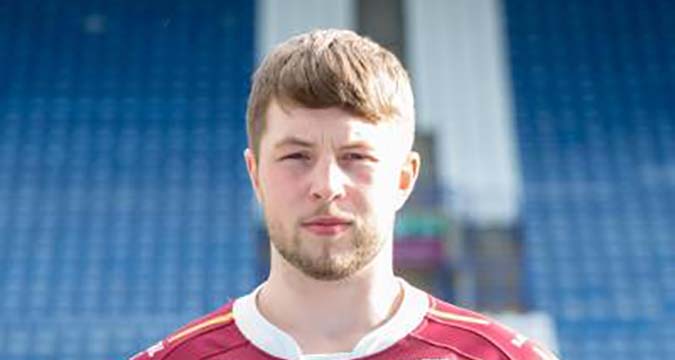 Schultz, 18, has signed a one-year first-team contract, following in the footsteps of many Giants stars who have worked their way through the Scholarship and Academy system after joining the club from Hull community club Skirlaugh.

“It feels like hard work has paid off for me. I’m grateful for the opportunity and looking forward to starting with the boys. Being rewarded with a first-team contract boosts the confidences more and they believe in me more.

“We’ve got a good youth system; some of the boys that I’ve played with have made an impact on the first team in recent years and I would love to do the same.

The club’s Rugby Manager, Andy Kelly, added: “Alfie has been in our youth system for a number of years now, originating in our Scholarship programme, where he graduated into the Academy and has subsequently been awarded his first-team contract with the club.

“He’s shown tremendous commitment to the club in his time, moving over from Hull to play with us at 16. We wanted to reward his commitment and his progression with a chance to train with the first team and further his development.

“He will continue to train with our Academy and will seek to link up with the first team to further his development, his experience and improve his performance over the coming year. He’s proof that our pathway from Scholarship to first team is producing results and should show others in our youth system that if they show the same commitment as Alfie, they too can be rewarded with opportunities to develop their careers here at the Giants.”