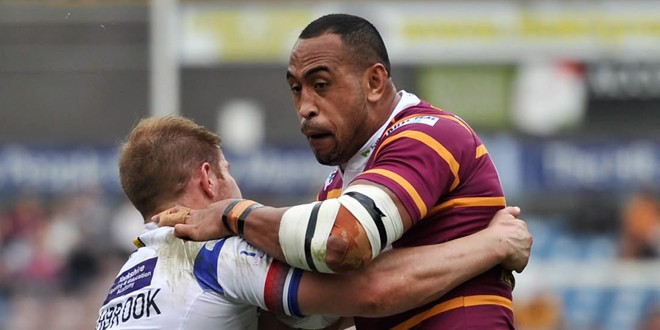 Huddersfield Giants prop Antonio Kaufusi will leave the club in mid-October and return home to Australia, terminating his contract a year early.

The 29-year-old played 18 games for the Giants in the 2014 season, after spending two seasons with London Broncos, and also spent time during the year on loan to Bradford.

“I have enjoyed my time in the UK but we have decided as a family to return home,” said Kaufusi.

“I know I had next year at the Giants, but an opportunity has appeared back home for us which we want to pursue at this stage.

“I would like to thank all my coaches and team-mates for a most enjoyable year and the supporters too, who have been great to me and my family. I leave the club in great shape and look forward to watching their development and in particular the younger props at Huddersfield who I think have a great future in game if they keep working hard.”

Giants Managing Director Richard Thewlis commented: “Antonio has been a super professional at the club and someone who the younger lads do look up to.

“His decision to move back home is a disappointment in many ways but he is looking to the future and he has a great long term opportunity for employment to pursue which may not be there if he remained in the UK for another season.

“He leaves with our very best wishes and thanks for his time with the claret and gold. The younger lads will now see their path to the starting seventeen in a slightly different light and the competition during the vital off-season period will, I am sure, be fierce.”