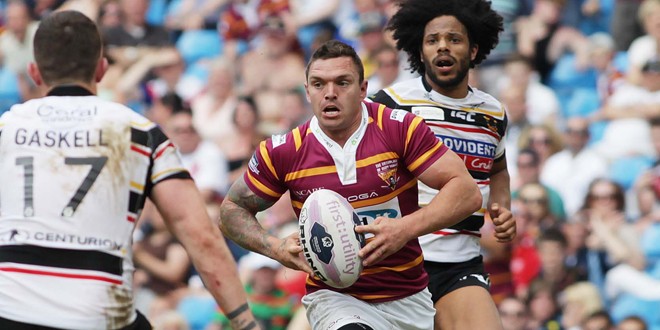 Huddersfield Giants assistant coach Kieron Purtill believes his team have been sliding under the radar lately – and they’ve now put themselves in a strong chance to finish in the top three.

Purtill spoke after the Giants’ 28-22 win against St Helens which moved them up to third at the expense of the Super League champions – and after beating one of the ‘big three’ for the first time this year, Purtill praised his side’s composure and general performance.

“I thought it was a fantastic game,” he said. “Both teams had chances to put the game to bed.

“We showed some real good composure after going down to 12 men.

“We got back in the arm wrestle and I think our hard work over the last few weeks has paid off.

“We’ve come to St Helens and beaten a team that’s above us in the league.

“We’ve competed against some of the big boys this year and probably not come away with the right result. Today we competed and came away with a result.

“We’ve kind of gone under the radar a little bit but we’re up into third spot and that’s given ourselves a real good chance of finishing there.”