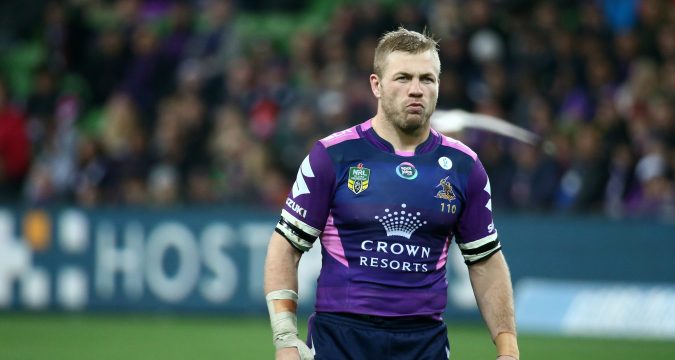 Ryan Hinchcliffe has been handed the number nine jersey ahead of his debut season at the Giants, whilst transfer-listed star Brett Ferres has kept his number 11 shirt.

Elsewhere, Jamie Ellis’ fine form from last year has seen him take the number seven shirt, an upgrade from the number 20 jersey he played in last season.

The news that Ferres has kept his starting jersey will raise eyebrows amongst some just days after it was revealed that he had been transfer-listed. Oliver Roberts, the man tipped to replace Ferres, will wear number 22.

Speaking on the decision to give Hinchcliffe the number 9 shirt, head coach Paul Anderson said: “Ryan is here to play at 9 and whilst he has the ability to play a bit of 13 as well, he has mainly been brought over to play dummy half and stiffen us up around our middle and that’s why he has the number 9 shirt.

“We sat down with Robbo and he understood that Ryan would be given the number 9 shirt. When we talked he requested that if he was out of the 13 regarding shirt numbers, then could he have the number 23 shirt. It was the first number he had when he started his career at Wigan so it’s a historic number for Robbo and one he has some familiarity with.”