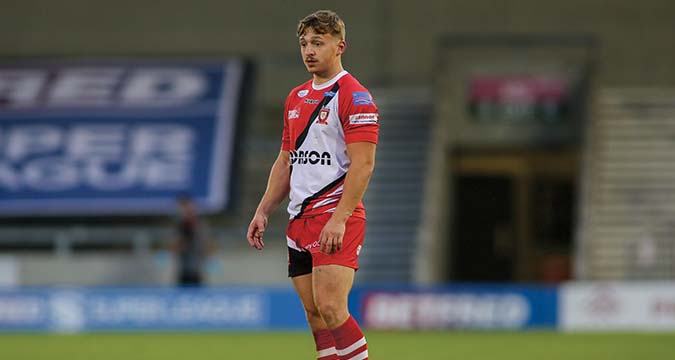 Huddersfield Giants have completed the signing of fullback Olly Ashall-Bott.

League Express understands the 23-year-old has signed on a deal until the end of the season.

He will help fill the void caused by the injury to Ashton Golding, who will miss the opening two months of the Super League season after dislocating his shoulder in training. Golding underwent surgery on Wednesday.

Ashall-Bott is a free agent after his move to Ottawa Aces collapsed, with the Canadian club deferring their entry to League 1 by twelve months.

He spent the beginning of the 2020 season with London Broncos and, following the cancellation of the Championship season, he spent the final months of the campaign in Super League with Ian Watson’s Salford, for whom he made three appearances.

Watson was impressed with the former Widnes player during his short spell with the club and has now swooped to secure him at the Giants.

It will ease Watson’s fullback concerns heading into the season, with youngster Aidan McGowan the only other specialist fullback at the club.

It’s been a good week for the Giants, with their captain and marquee man Aidan Sezer landing back in the UK.

New signing Ricky Leutele is set to be the final player to link up with the squad ahead of the season. He is set to arrive later this week.