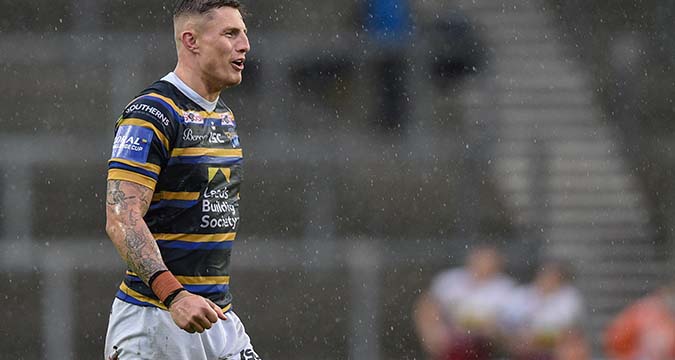 League Express can reveal that Sutcliffe, 26, has completed a U-turn after signing a new multi-year deal with the club, six months after handing in a transfer request.

The England international asked to leave the club in search of a new challenge, claiming that he was keen to nail down a regular position, having spent the majority of his Leeds career as a utility.

But he subsequently performed consistently at centre and was a mainstay in the role throughout the season, helping the Rhinos win the Challenge Cup.

Contract talks began before Christmas and a deal has now been reached, with an announcement thought to be imminent.

It will come as great news for the Rhinos’ coach Richard Agar, who had always said he would be open to Sutcliffe changing his mind.

It comes at the end of a difficult week for the club, after an outbreak of Covid-19 forced them to suspend training.

Six players and a member of the club’s coaching staff tested positive within a ten-day period, forcing a five-day closure of their training facility.

“Firstly, I would like to thank our players and staff for how they have adhered to the guidelines and rules in place since we returned to training,” Rhinos Director of Rugby Kevin Sinfield said.

“We are in a privileged position as an elite sport that we can continue to train. With that privilege comes a great deal of responsibility. Whilst this may be a short disruption to our pre-season plans, it is important that we look after the wellbeing of our people, their families and the local community.

“We have increased our biosecurity from last season and everyone is vigilant about ensuring we lessen the probabilities of spreading the virus. Because of our increased testing since New Year, it has become evident that, despite all our precautions, the virus has continued to spread within the group. We hope this short period will act as a firebreak and enable us to move forward next week.”