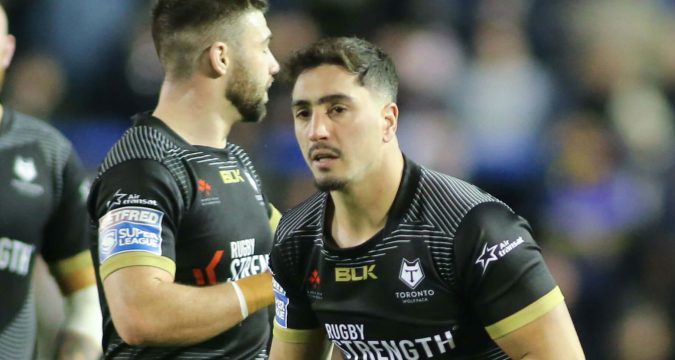 Tony Gigot will not return to Toronto Wolfpack when the Super League season restarts, with a number of top-flight clubs interested in signing him for the remainder of 2020.

Gigot signed a short-term deal with the Wolfpack at the beginning of the season, which caused confusion aplenty. The deal was briefed as a ‘four-week trial’ at the time, with Gigot reportedly receiving very little salary to sign for Toronto.

However, League Express now understands that with that trial long since over and the coronavirus pandemic preventing him from extending his contract with Brian McDermott’s side, he is now unlikely to sign an extension with the Canadian side moving forward.

Instead, Gigot’s future looks likely to be in England with another Super League side.

League Express has learned of at least two top-flight teams who have expressed an interest in signing the French international to a short-term deal this season, with a view to him potentially earning a long-term deal for 2021.

Salary cap reductions across the board mean any deal for Gigot is likely to be an inexpensive one, as he looks to kick-start his career once again following a difficult 2020.

Gigot was instrumental in helping Catalans win the Challenge Cup in 2018, winning the Lance Todd Trophy as the first French player to do so as Steve McNamara’s side defeated Warrington Wolves 20-14 at Wembley.

However, he failed to come to terms on an agreement to stay with Catalans at the end of last season, and was one of the hottest free agents on the market during the off-season. He appeared destined for a cross-code switch to rugby union at one stage, before signing his short-term deal with Toronto in February.

But his short stint with the Wolfpack is now over, and Gigot looks increasingly likely to sign for another Super League team ahead of next month’s season restart.