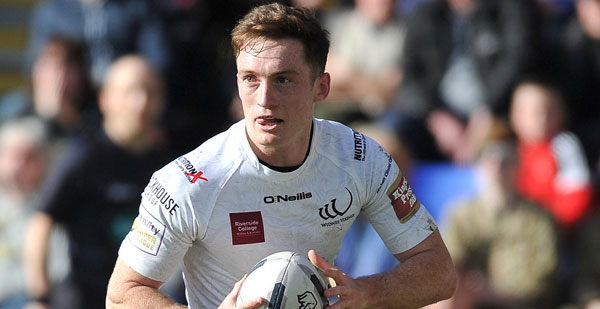 Widnes Vikings scrum-half Tom Gilmore has stressed he never considered moving away from the club, despite his limited amount of game-time prior to Kevin Brown’s departure from the club.

Gilmore has been handed the number seven shirt for the 2017 season after Brown left for Warrington, meaning a new-look halfback partnership with Gilmore for stand-off Joe Mellor.

Gilmore has found opportunities hard to come by in recent years at Widnes, but, with a clear path now in front of him, he is hoping to make the most of the chance handed to him by coach Denis Betts.

“I suppose there were a few question marks a month ago (before Brown left), but everything happens for a reason and hopefully it has all worked out well,” he said.

“I knew it was an option (to leave) and knew I could go and play for another Super League team but I just wanted to wait a year or two and hoped it would all pay off.

“I do not think Kev expected to play as much as he did last year – but I also got injured last year, I had a couple of bad injuries – I only played three games and dislocated my shoulder, so that didn’t help.

“People don’t really realise that I have had a couple of major injuries which hasn’t helped me along the way. Touch wood, I will now be injury-free and get a run of games together.”

Gilmore and the Vikings showed some promising signs during their opening pre-season friendly last week, despite losing 28-18 at home to Warrington.

Following Brown’s departure, the Vikings have been tipped by many to struggle in 2017: but Gilmore believes they can defy their critics once again.

“All we want to do is improve every single year so if we don’t improve on last year it will be disappointing for us,” he said. “Hopefully we can knock on that top four and maybe have a Cup run.

“A lot of people are going to have their opinion and there will be question marks and people will ask where the big signing is, but every year we have been gradually getting better and we have a core group of players who have been together a long time. So if we can improve each year, that is the way to go.”