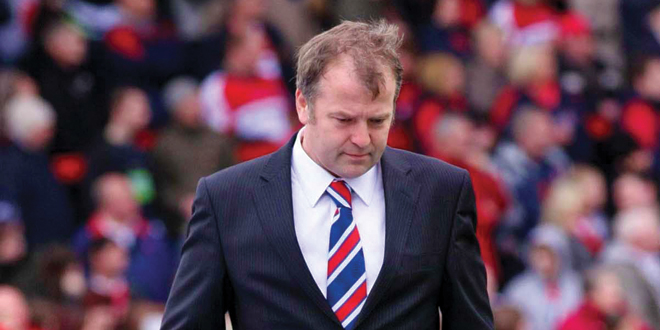 Hull KR chairman Neil Hudgell has offered his thoughts on the situation concerning Bradford Bulls – and admits he can see why the RFL took the decision to keep them in the Championship in 2017.

The decision to place a newly-formed Bulls back in the second-tier with a 12-point deduction has sparked plenty of debate among Rugby League fans, with some of the opinion that they should be made to start life as a new club in League 1.

But Hudgell, writing on a social media post on Twitter, has said: “I can see why the RFL would want to keep them in C1 now though.

“Fans have paid for season memberships, which I expect any new owner would have to honour. They have bought for Championship 1 and I think they deserve to be the first priority. They bought in good faith, and deserve better.”

Hudgell’s full comment about the Bradford situation are below.

My thoughts on Bulls pic.twitter.com/VavgqXDkaM