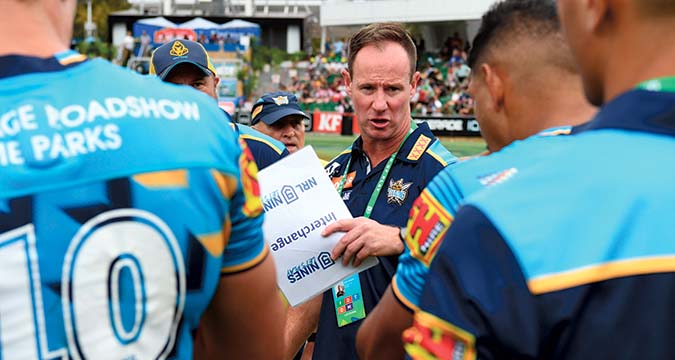 Justin Holbrook’s Gold Coast are now bottom of the NRL, after a pulsating performance from Parramatta saw them triumph 46-6.

A first-half saw both sides compete well with one another, but the Eels came out eight points on top at the break. Mitchell Moses, who also converted six points worth of extras, crossed for one alongside Reed Mahoney, while the hosts dived over through Dale Copley.

Unfortunately for Holbrook’s Titans, the second-half was fully dominated by Parramatta, as they took charge of this game with five unanswered tries, all of which were converted.

Dylan Brown bagged double delight, Kane Evans powered his way over a poor defence, Maika Sivo cut his through, and Peni Terepo added his contribution. Moses capped off this inspiring performance with a penalty goal on the hooter.