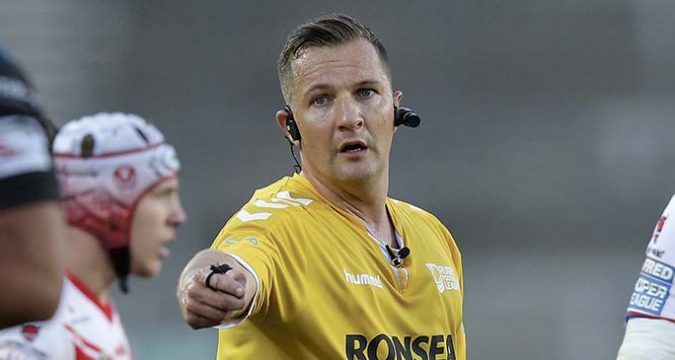 Ben Thaler will be back in charge of Super League matches again, if and when the season eventually resumes.

Thaler last refereed in round one, when he was in charge of the clash between Leeds Rhinos and Hull FC.

But after that he was suspended when he was the subject of a complaint alleging a prejudicial comment, thought to be to a junior match official.

He was immediately suspended by the RFL, which set up an inquiry into the incident.

Now that report has been made to the RFL directors and Thaler was found to have no case to answer.

“Ben Thaler will again be considered for appointments as a member of the RFL’s squad of full-time match officials when competitive Rugby League resumes, after the completion of an internal investigation found there was no case to answer,” said a statement issued by the RFL.

Thaler admits to a feeling of relief after the decision.

“I’m happy to have been exonerated from any of the allegations made against me, with the process being completed, no adverse findings made and my suspension therefore having been immediately lifted,” he said.

“I’d like to put it all behind me now and concentrate on refereeing, whenever games restart.

“I would like to thank my family and friends for their encouragement and support during such a difficult time. Their support and the messages of support I have had from the wider game has been overwhelming.”