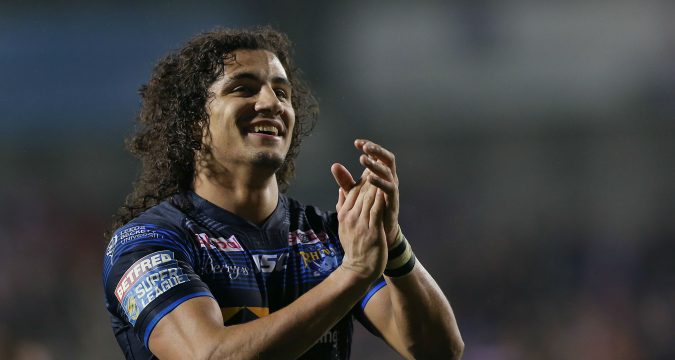 There is a great charm that’s hard to ignore when it comes to Ashton Golding’s rise at Leeds Rhinos.

Perhaps the greatest attraction of the scrum-capped fullback is how relatable he is to so many other young aspiring players.

The 20-year-old’s aim as a kid was no different to many others – he wanted to play for his hometown team on the biggest stage.

The difference for Golding, however, is that he is one of the very few players who actually get the opportunity to realise that dream.

In the infancy of his professional career, he has already being handed the famous number one shirt at the Rhinos and he has become a favourite on the terraces. Impressively, he has managed to stay humble, which can’t always be said for a player who discovers success early.

Now, Golding has the chance to realise another of his dreams, to play for his boyhood club at Wembley. A victory over Hull FC on Saturday would ensure he can do just that, and he is in no mood to let that chance slip.

“We’ll be ready to roll,” he said. “If you’re not excited by that then you don’t get aroused very often. It’s a really exciting time for the club.”

Golding’s main memories of the Challenge Cup are from the terraces. But he also has experience of Wembley, albeit in a slightly different role.

“I remember being a ball boy in 2011 at Wembley when the Rhinos played there and that was good as well.”

The Rhinos, despite everything, are still well in the race to win two of the three major honours at the end of the season. It hasn’t gone unnoticed by Golding, either. “We’re second in the league and in the Challenge Cup semi-final,” he said. “Seven games in Super League to go and we’re in a really good position.”