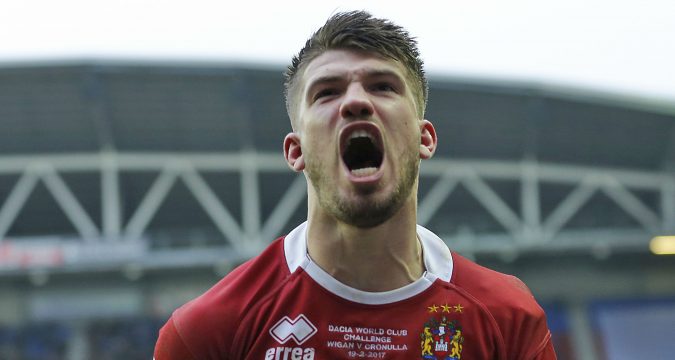 Oliver Gildart admits that while his priority for this year’s World Cup is forcing his way into Wayne Bennett’s thinking, should that not materialise he would be open to representing Italy, the country of his grandfather’s birth.

Gildart qualifies for the Azzurri on the strength his grandfather, Bob, and admits he would have no problem playing for them at this year’s tournament if it came to it.

However, he admits his first goal is to try and earn a first England call-up – but he would be fine with playing for Italy if not. “I’ve never met any of the Italian side of my family but my grandad keeps them up to date with how I’m doing,” he said.

“Hopefully I’ll get the chance to meet them one day. “I’ve been speaking to Italy and they have said they would love to have me on board. They know my priority lies with England but they’ve said ‘if you’re not selected, you’re more than welcome to come’. I really appreciate that.

“I’ve not heard anything from England, so I’ve just got to keep getting my head down and hopefully something will come of it. It would be good for me to go to the World Cup.”

Gildart will be aiming to reach a first Challenge Cup final this weekend when Wigan face Salford on Sunday at Warrington. He already has a Super League title to his name – as well as a World Club Challenge – and he is now targeting the one piece of major silverware missing from his trophy cabinet at such a young age.

“Obviously I wanted to win a Grand Final and now the next one for me is Wembley,” he said. “We’re one game away.

“We just felt short last year and I was gutted. It’s going to be a real tough challenge against Salford but we’re confident.”