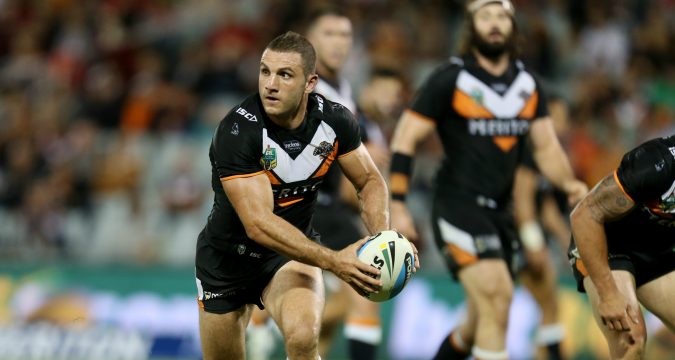 One of the biggest transfer sagas in the world of Rugby League at the moment concerns former Australian international Robbie Farah.

Farah reportedly requested a release from Wests Tigers last Friday, with a move to Sydney Roosters emerging as his likeliest destination for 2016.

But have developments in Australia in the past 24 hours left the door ajar for Farah to move over to Super League next season?

It was initially thought that Farah could join the Roosters on a deal for as little as $80,000 a year, which is the NRL’s minimum wage. That would be due to him getting a hefty payout from the final two years of his contract with Wests, which if he gets, would enable him to take a lower deal elsewhere.

But the Sydney Morning Herald are reporting that the NRL would not let any club register Farah for “was below what was considered reasonable value for a player of his standing as it would be considered an unfair to the club which signed him”.

That would appear to hint that, if correct, Farah’s options are staying with Wests or a sensational switch to Super League.

It is unclear what clubs would be able to accommodate Farah in Super League, but the marquee player ruling will obviously play into some clubs hands when weighing up a move for Farah.

Farah’s former coach at Wests, Tim Sheens, is of course working as director of rugby at Salford now.