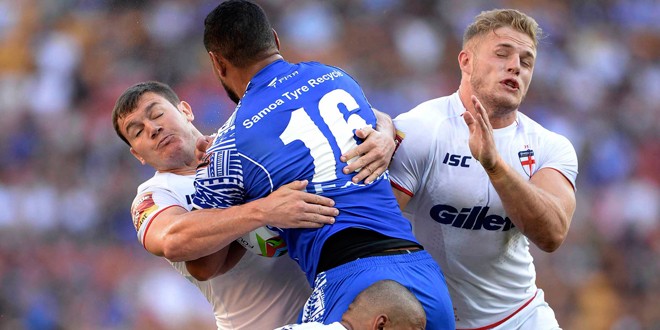 Sydney Roosters have emerged as the favourites to sign England and Huddersfield second-row Brett Ferres.

Ferres was suspended by the Giants last month for having an alleged affair with the wife of a team mate, and it is understood the club aren’t keen on keeping him at the John Smith’s Stadium.

A number of Super League teams have been linked with the forward, however the Roosters are thought to be close to securing Ferres on a one-year loan deal before returning to Huddersfield for 2017.

The 29-year-old revealed earlier this year that he had turned down NRL offers to sign a new long-term deal with the Giants, agreeing to stay at Huddersfield until the end of 2019.

But recent incidents have put his Huddersfield future at serious doubt, and the Roosters are keen to provide him with the option of trying out life in Australia.